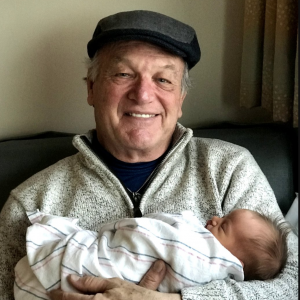 On June 9, 2022, longtime FBMS volunteer Bobby O’Hayre passed away. For many years, Bobby played an integral role in our annual Thanksgiving Community Meal in Quincy.

We are touched that Bobby’s family named FBMS as the beneficiary of tribute donations in Bobby’s honor. His daughter, Meredith O’Hayre-McCarthy, was kind enough to contribute the following information about her father.

HIS FIRST INVOLVEMENT WITH FBMS: To my knowledge, Dad began volunteering with Father Bill’s about 15 years ago helping to coordinate the transportation of meals on Thanksgiving day. 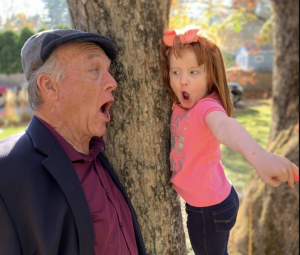 HIS IMPACT ON THE COMMUNITY: My dad was always the first to help someone in need; we really tried to emphasize that in his obituary. Through his involvement in his work with Alcoholics Anonymous, he served as a mentor to many.

In his work with Father Bill’s, he often did the unglamorous work — transporting vegetables from Weir River Farm in Hingham and bringing it to FBMS so clients could enjoy fresh produce, bringing doughnuts on Sundays. He told a funny story about bringing a FBMS client to CVS on Thanksgiving Day — driving around for a long time looking for a location open on a holiday while they exchanged stories.

Dad could (and did!) talk to anyone, and when he heard of a need, he tried to meet it.

WHY DID YOUR DAD DECIDE TO SUPPORT FBMS: My dad recognized that any one of us is one bump in the road from finding ourselves on shaky ground. He didn’t see the clients of FBMS as any different than the rest of us — he gave help where he could. 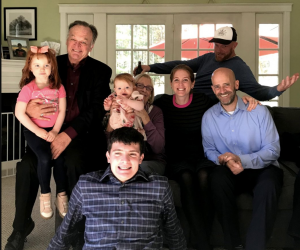 WHAT DID “HOME” MEAN TO YOUR DAD: My dad was a hard worker, and he wore many hats in both his professional and personal life. To Dad, home was a place of peace and respite — where he could enjoy time with his family or simply put up his feet with his cats and his favorite ice cream to enjoy watching golf, the Patriots, or the Red Sox on TV.

Dad had many homes in his life — he left the South Shore right after graduating from high school and his work as a commercial fisherman brought him to shores all over the world. Home wasn’t necessarily a place to Dad. Rather, it was a feeling. A place where he could decompress and have a quiet moment, or a chat and a laugh with a loved one.

FUN FACT ABOUT YOUR DAD: When my brother and I were little, we would have offered such fun facts that he could jump over our house, or that he watched the Civil War from the balcony of his childhood home — both tall tales he told us that we repeated in our own elementary schools. In the real world, though, there are many to choose from.

The most legendary among our family is that when he was a swordfish boat captain, his ship was boarded by pirates and he and his crew narrowly escaped with their lives. It wasn’t the Civil War, but the story does go down in the annals of our family history.